This interactive touch screen application allowed conference attendees to view data on mobile usage from around the world collected from millions of app users.

Mobile World Conference, one of the premiere technology events of the season and where Crittercism announced its “Mobile Experience Benchmark Report“. The new report was released in recognition that mobile is mission critical to business today and that a clear understanding of the factors that affect app performance is key to a successful digital strategy. The data is aggregated from Crittercism’s one billion plus monthly active users across more than 120 countries. We were tasked to bring this data to life in both a self playing and interactive large screen environment. In just two weeks we interrogated the available data and took the application from concept to live.

We started with the data, getting a grip on what we could display that would be of most interest and show variation around the world. We soon landed on a comparison between iOS and Android platform usage, top carriers and top devices. We cut the data at a continent level for the self playing experience and allowed users to drill down to city level for the interactive experience.

An animated prototype was created working closely with the dev team to ensure feasibility of the concept in the available time frame. This was then used to quickly gain client approval and move into production. Given the often spotty wireless connections available at conferences we ensured we built in canned data as a fail safe should the live data not be available. 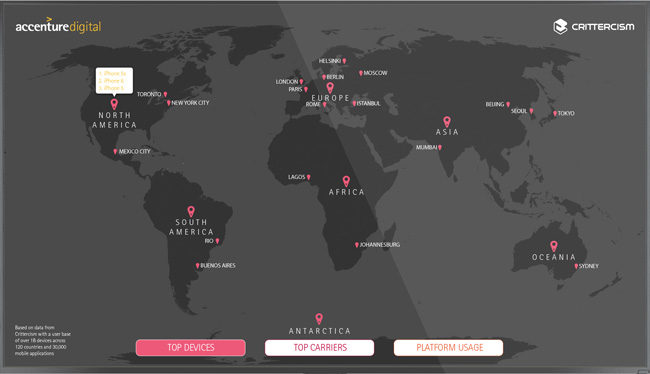 We Never Learn Next Project 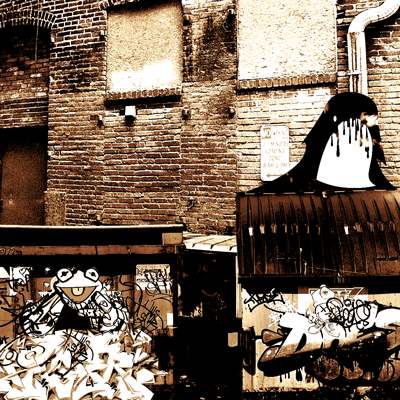